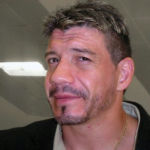 Why Is Eddie Guerrero Influential?

According to Wikipedia, Eduardo Gory Guerrero Llanes was an American professional wrestler. He was a prominent member of the Guerrero wrestling family, being the son of first-generation wrestler Gory Guerrero. Guerrero performed in Mexico and Japan for several major professional wrestling promotions, and in the United States performed for Extreme Championship Wrestling , World Championship Wrestling , and most notably World Wrestling Federation/Entertainment . Guerrero's gimmick was that of "Latino Heat", a crafty, resourceful wrestler who would do anything to win a match. His catchphrase became "I Lie! I Cheat! I Steal!" and was used in one of his entrance themes; he partly used this phrase in the title of his 2005 autobiography, Cheating Death, Stealing Life. Despite being a heel for most of his career, he was popular in and out of the ring and was at the peak of his career as a face during 2003–2005, becoming the top wrestler on the SmackDown brand in 2004. He experienced various substance abuse problems, including alcoholism and an addiction to painkillers; these real-life issues were sometimes incorporated into his storylines.

Other Resources About Eddie Guerrero

What Schools Are Affiliated With Eddie Guerrero?

Eddie Guerrero is affiliated with the following schools:

What Are Eddie Guerrero's Academic Contributions?

Eddie Guerrero has made the following academic contributions: