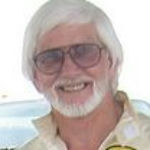 Why Is Eddie Hill Influential?

According to Wikipedia, Eddie Hill is a retired American drag racer who won numerous drag racing championships on land and water. Hill had the first run in the four second range , which earned him the nickname "Four Father of Drag Racing." His other nicknames include "The Thrill", "Holeshot Hill", and "Fast Eddie". In 1960, he set the NHRA record for the largest improvement in the elapsed time when he drove the quarter mile in 8.84 seconds to break the previous 9.40-second record.

Other Resources About Eddie Hill

What Schools Are Affiliated With Eddie Hill?

Eddie Hill is affiliated with the following schools: