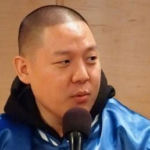 Why Is Eddie Huang Influential?

According to Wikipedia, Edwyn Charles Huang is an American author, chef, restaurateur, food personality, producer, and former attorney. He was a co-owner of BaoHaus, a gua bao restaurant in the East Village of Lower Manhattan. Huang previously hosted Huang's World for Viceland. His autobiography, Fresh Off the Boat: A Memoir, was adapted into the ABC sitcom Fresh Off the Boat, of which he narrated the first season.

Other Resources About Eddie Huang

What Schools Are Affiliated With Eddie Huang?

Eddie Huang is affiliated with the following schools:

What Are Eddie Huang's Academic Contributions?

Eddie Huang has made the following academic contributions: