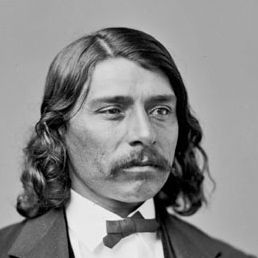 Edmund Gasseau Choteau Le Guerrier , of American and Cheyenne parentage, was a survivor of the Sand Creek massacre in 1864. He was an interpreter for the U.S. government during the Indian Wars between the Cheyenne and the United States, and later became a successful rancher.