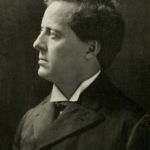 Why Is Edmund J. James Influential?

According to Wikipedia, Edmund Janes James was an American academic, president of the University of Illinois from 1904 to 1920, and the primary founder, first president and first editor for the American Academy of Political and Social Science.

Other Resources About Edmund J. James

What Schools Are Affiliated With Edmund J. James?

Edmund J. James is affiliated with the following schools: