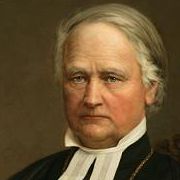 Edvard Bergenheim, previously Bergenhem was the Archbishop of Turku and the spiritual head of the Evangelical Lutheran Church of Finland between 1850 and 1884.Biography Bergenheim was born on September 18, 1798 in Vaasa in the Kingdom of Sweden, the son of Erik Johan Bergenheim and Hedvig Sofia Hannelius. He graduated in 1817 with a Bachelor of Arts and in 1823 with a Master of Philosophy from Royal Academy of Turku. Bergenheim was a teacher at the Hamina Cadet School and taught history, geography and statistics. Bergenheim completed his theological studies in December 1830 and was ordained priest. He served as a lecturer, rector and second vice-rector of history at Turku High School between 1832 and 1844. In 1850 he was appointed Archbishop of Turku and was consecrated in Porvoo Cathedral on May 24, 1850. Bergenheim married Aleksandra Bruun in 1832. He was a member of the House of Nobility since 1837.

University in the city of Tartu, Estonia