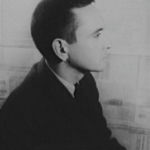 Why Is Edward Albee Influential?

According to Wikipedia, Edward Franklin Albee III was an American playwright known for works such as The Zoo Story , The Sandbox , Who's Afraid of Virginia Woolf? , A Delicate Balance , and Three Tall Women . Some critics have argued that some of his work constitutes an American variant of what Martin Esslin identified and named the Theater of the Absurd. Three of his plays won the Pulitzer Prize for Drama, and two of his other works won the Tony Award for Best Play.

Other Resources About Edward Albee

What Schools Are Affiliated With Edward Albee?

Edward Albee is affiliated with the following schools: