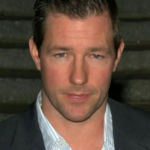 Why Is Edward Burns Influential?

According to Wikipedia, Edward Fitzgerald Burns is an American actor, producer, writer, and director best known for appearing in several films including Saving Private Ryan , 15 Minutes , Life or Something Like It , Confidence , A Sound of Thunder , The Holiday , The Groomsmen , One Missed Call , 27 Dresses , Man on a Ledge , Friends with Kids , and Alex Cross . Burns directed movies such as The Brothers McMullen , She's the One , Sidewalks of New York , Purple Violets , and The Fitzgerald Family Christmas . He also starred as Bugsy Siegel in the TNT crime drama series Mob City and as Terry Muldoon in TNT's Public Morals.

Other Resources About Edward Burns

What Schools Are Affiliated With Edward Burns?

Edward Burns is affiliated with the following schools: