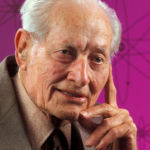 Why Is Edward F. Knipling Influential?

According to Wikipedia, Edward Fred Knipling was an American entomologist, who along with his longtime colleague Raymond C. Bushland, received the 1992 World Food Prize for their collaborative achievements in developing the sterile insect technique for eradicating or suppressing the threat posed by pests to the livestock and crops that contribute to the world's food supply. Knipling's contributions included the parasitoid augmentation technique, insect control methods involving the medication of the hosts, and various models of total insect population management. Knipling was best known as the inventor of the sterile insect technique , an autocidal theory of total insect population management. The New York Times Magazine proclaimed on January 11, 1970, that "Knipling...has been credited by some scientists as having come up with 'the single most original thought in the 20th century.'"

Other Resources About Edward F. Knipling

What Schools Are Affiliated With Edward F. Knipling?

Edward F. Knipling is affiliated with the following schools: