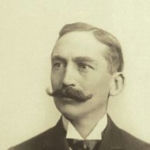 Why Is Edward G. Stoiber Influential?

According to Wikipedia, Edward G. Stoiber was an American mining engineer and owner of the Silver Lakes Mines and Mills near Silverton, Colorado. Stoiber went to Germany and completed a mining degree program. When he returned he began working as a mining engineer in Leadville, Colorado. In the mid-1880s, he went into business with his brother Gustavus, establishing a mill and mine in San Jan County near Silverton. By 1887, the brothers decided to part ways, with Edward keeping the Silver Lake mine. The following year he married Lena Allen Webster who would become joint owner of the business and an operational manager. Edward focused on mining engineering, which was crucial to find economical ways to mine and process low-grade ore. He investigated mining practices and ore processing until he was able to become a profitable enterprise that also brought prosperity to the San Juan mining district. Lena was a hard-driving, yet also caring manager, ensuring that the mining operations were effective. That included wearing men's clothes and performing work as needed. They were involved in community, philanthropic, and industry efforts, including dual-membership in the American Institute of Mining Engineers.

Other Resources About Edward G. Stoiber