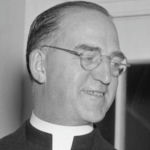 Why Is Edward J. Flanagan Influential?

According to Wikipedia, Edward Joseph Flanagan was an Irish-born priest of the Catholic Church in the United States, who served for decades in Nebraska. After serving as a parish priest in the Catholic Diocese of Omaha, he founded the orphanage and educational complex known as Boys Town, located west of the city in what is now Boys Town, Douglas County, Nebraska. In the 21st century, the complex also serves as a center for troubled youth.

Other Resources About Edward J. Flanagan

What Schools Are Affiliated With Edward J. Flanagan?

Edward J. Flanagan is affiliated with the following schools: