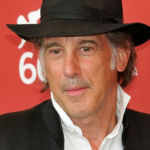 Why Is Edward Lachman Influential?

According to Wikipedia, Edward Lachman is an American cinematographer and director. Lachman is mostly associated with the American independent film movement, and has served as director of photography on films by Todd Haynes , Ulrich Seidl, Wim Wenders, Steven Soderbergh and Paul Schrader. His other work includes Werner Herzog's La Soufrière , Desperately Seeking Susan , Sofia Coppola's directorial debut, The Virgin Suicides , Robert Altman's last picture A Prairie Home Companion , and Todd Solondz's Life During Wartime . He is a member of the American Society of Cinematographers.

Other Resources About Edward Lachman

What Schools Are Affiliated With Edward Lachman?

Edward Lachman is affiliated with the following schools: