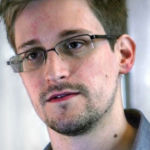 Why Is Edward Snowden Influential?

According to Wikipedia, Edward Joseph Snowden is an American former computer intelligence consultant who leaked highly classified information from the National Security Agency in 2013, when he was an employee and subcontractor. His disclosures revealed numerous global surveillance programs, many run by the NSA and the Five Eyes Intelligence Alliance with the cooperation of telecommunication companies and European governments, and prompted a cultural discussion about national security and individual privacy.

Other Resources About Edward Snowden

What Schools Are Affiliated With Edward Snowden?

Edward Snowden is affiliated with the following schools: