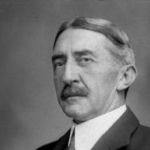 Why Is Edwin Alderman Influential?

According to Wikipedia, Edwin Anderson Alderman served as the President of three universities. The University of Virginia's Alderman Library is named after him, as is Edwin A. Alderman Elementary School in Wilmington and Alderman dorm at the University of North Carolina at Chapel Hill. Alderman was the key leader in higher education in Virginia during the Progressive Era as president of the University of Virginia, 1904–31. His goal was the transformation of the Southern university into a force for state service and intellectual leadership and educational utility. Alderman successfully professionalized and modernized Virginia's system of higher education. He promoted international standards of scholarship and a statewide network of extension services. Joined by other college presidents, he promoted the Virginia Education Commission, created in 1910. Alderman's crusade encountered some resistance from traditionalists and never challenged the Jim Crow system of segregated schooling.

Other Resources About Edwin Alderman

What Schools Are Affiliated With Edwin Alderman?

Edwin Alderman is affiliated with the following schools: