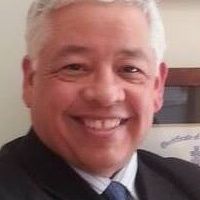 Rev. Dr. Edwin David Aponte is a Puerto Rican-American cultural historian, religious studies scholar, and contributor to the development of Christianity among Hispanic and Latino/a Americans. His research focuses on the interplay between religion and culture, especially Hispanic/Latino religions, African-American religions, North American religious history, and congregational studies. He is one of a small number of U.S. Hispanic historians of Christianity.