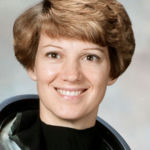 Why Is Eileen Collins Influential?

According to Wikipedia, Eileen Marie Collins is a retired NASA astronaut and United States Air Force colonel. A former military instructor and test pilot, Collins was the first female pilot and first female commander of a Space Shuttle. She was awarded several medals for her work. Colonel Collins has logged 38 days 8 hours and 20 minutes in outer space. Collins retired on May 1, 2006, to pursue private interests, including service as a board member of USAA.

Other Resources About Eileen Collins

What Schools Are Affiliated With Eileen Collins?

Eileen Collins is affiliated with the following schools: