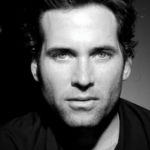 Why Is Eion Bailey Influential?

According to Wikipedia, Eion Francis Hamilton Bailey is an American actor. He stars as Jim Matthews in the epix horror series From. He played Pvt. David Kenyon Webster in the HBO miniseries Band of Brothers and appeared in the films Fight Club, Center Stage, Mindhunters, and Sexual Life. He had a recurring role on the USA Network TV series Covert Affairs and played August in the ABC TV series Once Upon a Time. He also had a recurring role as Ray, a psychopathic killer in the CBS series Stalker.

Other Resources About Eion Bailey

What Schools Are Affiliated With Eion Bailey?

Eion Bailey is affiliated with the following schools: