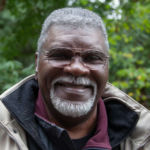 Why Is Elbert Howard Influential?

According to Wikipedia, Elbert Howard , better known as Big Man, was an American civil rights activist and author who was one of the founding members of the Black Panther Party. Black Panther Howard spent several years in the United States Air Force in Europe. After receiving an honorable discharge from the Air Force, Howard moved to Oakland, California. While attending Merritt College, Howard met Bobby Seale and Huey P. Newton. In 1966, at the age of 28, he became one of the six original founding members of the Black Panther Party. The others were Bobby Seale, Huey Newton, "L'il" Bobby Hutton, Reggie Forte and Sherman Forte. Howard was an active member of the Black Panther Party for Self-Defense from 1966 through 1974, and acted as the Party's "Deputy Minister of Information", often functioning as a lead spokesperson for the party while other members were imprisoned.

Other Resources About Elbert Howard

What Schools Are Affiliated With Elbert Howard?

Elbert Howard is affiliated with the following schools: