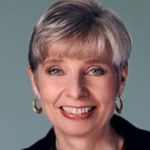 Why Is Eleanor Clift Influential?

According to Wikipedia, Eleanor Clift is an American political reporter, television pundit, and author. She is a contributor to MSNBC and blogger for The Daily Beast. She is best known as a regular panelist on the The McLaughlin Group. Clift is a board member at the IWMF .

Other Resources About Eleanor Clift

What Schools Are Affiliated With Eleanor Clift?

Eleanor Clift is affiliated with the following schools: