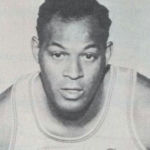 Why Is Elgin Baylor Influential?

According to Wikipedia, Elgin Gay Baylor was an American professional basketball player, coach, and executive. He played 14 seasons as a forward in the National Basketball Association for the Minneapolis/Los Angeles Lakers. Baylor was a gifted shooter, a strong rebounder, and an accomplished passer, who was best known for his trademark hanging jump shot. The No. 1 draft pick in 1958, NBA Rookie of the Year in 1959, 11-time NBA All-Star, and a 10-time member of the All-NBA first team, he is regarded as one of the game's all-time greatest players. In 1977, Baylor was inducted into the Naismith Memorial Basketball Hall of Fame. In 1996, Baylor was named as one of the 50 Greatest Players in NBA History. In October 2021, Baylor was again honored as one of the league's greatest players of all time by being named to the NBA's 75th Anniversary Team.

Other Resources About Elgin Baylor

What Schools Are Affiliated With Elgin Baylor?

Elgin Baylor is affiliated with the following schools: