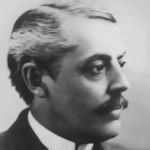 Why Is Eli Lilly Influential?

According to Wikipedia, Eli Lilly was an American soldier, pharmacist, chemist, and businessman who founded the Eli Lilly and Company pharmaceutical corporation. Lilly enlisted in the Union Army during the American Civil War and recruited a company of men to serve with him in the 18th Independent Battery Indiana Light Artillery. He was later promoted to major and then colonel, and was given command of the 9th Regiment Indiana Cavalry. Lilly was captured in September 1864 and held as a prisoner of war until January 1865. After the war, he attempted to run a plantation in Mississippi, but it failed and he returned to his pharmacy profession after the death of his first wife. Lilly remarried and worked with business partners in several pharmacies in Indiana and Illinois before opening his own business in 1876 in Indianapolis. Lilly's company manufactured drugs and marketed them on a wholesale basis to pharmacies. Lilly's pharmaceutical firm proved to be successful and he soon became wealthy after making numerous advances in medicinal drug manufacturing. Two of the early advances he pioneered were creating gelatin capsules to contain medicines and developing fruit flavorings. Eli Lilly and Company became one of the first pharmaceutical firms of its kind to staff a dedicated research department and put into place numerous quality-assurance measures.

Other Resources About Eli Lilly

What Schools Are Affiliated With Eli Lilly?

Eli Lilly is affiliated with the following schools: