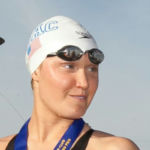 Why Is Elizabeth Pelton Influential?

According to Wikipedia, Elizabeth Anne Pelton is an American former competitive swimmer and multi FINA world champion. Personal Pelton is an American swimmer and multiple FINA World Champion. She has been competing against at the world's best since 2009, at the age of 15. Pelton grew up in Fairfield, CT and swam for the Wilton Wahoos before moving to swim at Badger Swim Club in Larchmont, NY under esteemed coach John Collins. In 2006, Pelton moved to Baltimore, MD to swim with North Baltimore Aquatic Club, one of the most elite swim programs in the world. She trained with Paul Yetter, as well as Bob Bowman, coaches who produced Michael Phelps and Katie Hoff, among the other multiple Olympians from that site. Pelton trained at the T2 Aquatics Swim Club in 2012 in Naples, FL, under Paul Yetter. After 2012, Pelton began her college career at the University of California Berkeley, swimming under the 2012 head London Olympic Swimming Team Women's coach, Teri McKeever. McKeever has produced multiple olympians, in particular, the most decorated female Olympian in history, Natalie Coughlin. Some others included are Dana Vollmer, Emily Silver, Caitlin Leverenz, Rachel Bootsma, Kathleen Baker, and Sara Isokovic. Pelton recently announced her official retirement from the sport at the 2016 Swimming Olympic Trials in Omaha, Nebraska. Pelton is a current student at UC Berkeley. Elizabeth comes from a swimming family with her older brother Gregory swimming for Harvard, sister Mary who swims for University of Virginia, and younger brother William swimming for North Baltimore Aquatic Club. Her father also swam for Pittsburgh and is an MD at Columbia Medicine School.

Other Resources About Elizabeth Pelton

What Schools Are Affiliated With Elizabeth Pelton?

Elizabeth Pelton is affiliated with the following schools: