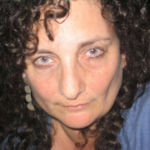 Why Is Ellen Datlow Influential?

According to Wikipedia, Ellen Datlow is an American science fiction, fantasy, and horror editor and anthologist. She is a winner of the World Fantasy Award and the Bram Stoker Award . Career Datlow began her career working for Holt, Rinehart and Winston for three years, as well as doing a stint at Crown Publishing Group. She went on to be fiction editor at Omni magazine and Omni Online from 1981 through 1998, and edited the ten associated Omni anthologies. She co-edited the Year's Best Fantasy and Horror series from 1988 to 2008 . She was also editor of the webzine Event Horizon: Science Fiction, Fantasy, and Horror from 1998 to 1999, as well as Sci Fiction until it ceased publication on December 28, 2005.

Other Resources About Ellen Datlow

What Schools Are Affiliated With Ellen Datlow?

Ellen Datlow is affiliated with the following schools:

What Are Ellen Datlow's Academic Contributions?

Ellen Datlow has made the following academic contributions: