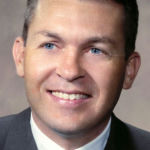 Why Is Elliot See Influential?

According to Wikipedia, Elliot McKay See Jr. was an American engineer, naval aviator, test pilot and NASA astronaut. See received an appointment to the United States Merchant Marine Academy in 1945. He graduated in 1949 with a Bachelor of Science degree in marine engineering and a United States Naval Reserve commission, and joined the Aircraft Gas Turbine Division of General Electric as an engineer. He was called to active duty as a naval aviator during the Korean War, and flew Grumman F9F Panther fighters with Fighter Squadron 144 from the aircraft carrier in the Mediterranean, and in the Western Pacific. He married Marilyn Denahy in 1954, and they had three children.

Other Resources About Elliot See

What Schools Are Affiliated With Elliot See?

Elliot See is affiliated with the following schools: