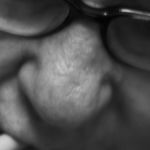 Why Is Elliott Erwitt Influential?

According to Wikipedia, Elliott Erwitt is a French-born American advertising and documentary photographer known for his black and white candid photos of ironic and absurd situations within everyday settings. He has been a member of Magnum Photos since 1953.

Other Resources About Elliott Erwitt

What Schools Are Affiliated With Elliott Erwitt?

Elliott Erwitt is affiliated with the following schools: