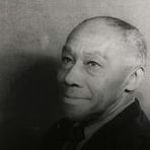 Why Is Ellis Wilson Influential?

According to Wikipedia, Ellis Wilson was an African-American artist associated with the Harlem Renaissance. Biography Wilson was born in 1899 in Mayfield, Kentucky. His parents were Frank and Minnie Wilson. Frank Wilson was a barber and amateur painter. Wilson attended the Mayfield Colored Grade School. He later attended the Kentucky Normal and Industrial Institute in Frankfort for two years, but was only allowed to take courses in agriculture and education. Interested in studying art, Wilson left school at 19 and moved to Chicago where he attended the School of the Art Institute of Chicago. He completed his art studies in 1923 and lived in Chicago for the next five years, seeking work as a commercial artist.

Other Resources About Ellis Wilson

What Schools Are Affiliated With Ellis Wilson?

Ellis Wilson is affiliated with the following schools: