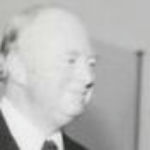 Comptroller General of the United States

Why Is Elmer B. Staats Influential?

According to Wikipedia, Elmer Boyd Staats was an American public servant whose career from the late 1930s to the early 1980s was primarily associated with the Bureau of the Budget and the GAO. Staats was born to Wesley F. and Maude Staats. Staats received his AB from McPherson College in 1935, his MA from the University of Kansas in 1936, and his Ph.D. from the University of Minnesota in 1939.

Other Resources About Elmer B. Staats

What Schools Are Affiliated With Elmer B. Staats?

Elmer B. Staats is affiliated with the following schools: