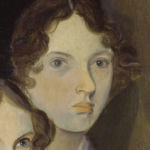 Why Is Emily Brontë Influential?

According to Wikipedia, Emily Jane Brontë was an English novelist and poet who is best known for her only novel, Wuthering Heights, now considered a classic of English literature. She also published a book of poetry with her sisters Charlotte and Anne titled Poems by Currer, Ellis and Acton Bell with her own poems finding regard as poetic genius. Emily was the second-youngest of the four surviving Brontë siblings, between the youngest Anne and her brother Branwell. She published under the pen name Ellis Bell.

Other Resources About Emily Brontë

What Are Emily Brontë's Academic Contributions?

Emily Brontë has made the following academic contributions: