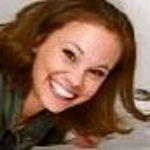 Why Is Emily Calandrelli Influential?

According to Wikipedia, Emily Dawn Calandrelli is an American science communicator, former MIT engineer, and the host and an executive producer of Xploration Outer Space and Emily's Wonder Lab. Early life and education Emily Calandrelli grew up in Morgantown, West Virginia and attended West Virginia University. As a student, she won numerous academic awards. She became a Truman Scholar which led to her working for one summer in Washington, D.C. for her US Representative Alan Mollohan. In 2009, she was named to the USA Today all-academic team, won the Barry M. Goldwater Scholarship, and was voted Ms. Mountaineer. She later graduated with a B.S. degree in Mechanical Engineering and Aerospace Engineering in 2010.

Other Resources About Emily Calandrelli

What Schools Are Affiliated With Emily Calandrelli?

Emily Calandrelli is affiliated with the following schools: