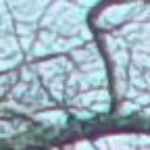 Why Is Emily Dolvin Influential?

According to Wikipedia, Emily Frances Gordy Dolvin , also known as Aunt Sissy, was an American educator, historic preservationist, political campaigner and civic leader from the state of Georgia. Dolvin was born in 1912 in Richland, Georgia as the youngest of Mary Ida Nicholson and James Jackson Gordy's nine children. Her sister Lillian Gordy Carter was the mother of Jimmy Carter, the 39th President of the United States.

Other Resources About Emily Dolvin

What Schools Are Affiliated With Emily Dolvin?

Emily Dolvin is affiliated with the following schools: