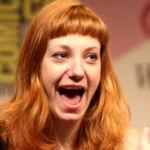 Why Is Emily V. Gordon Influential?

According to Wikipedia, Emily V. Gordon is an American writer, producer and podcast host. She co-wrote the 2017 romantic comedy film The Big Sick, based on her relationship with her husband and frequent collaborator, comic Kumail Nanjiani. Gordon and Nanjiani won an Independent Spirit Award for Best First Screenplay for The Big Sick; they were also nominated for the Academy Award for Best Original Screenplay, among many other nominations.

Other Resources About Emily V. Gordon

What Schools Are Affiliated With Emily V. Gordon?

Emily V. Gordon is affiliated with the following schools: