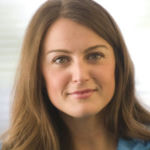 Why Is Emmy Fink Influential?

According to Wikipedia, Emmeline Katherine "Emmy" Fink is an American broadcast television reporter and presenter. She hosted the tourism show Discover Wisconsin from 2011–2013, as well as other programs in that state. Biography Fink was born in Yorkville, Wisconsin to Gary and Suzy Fink. She is the oldest of three daughters. After attending Union Grove Union High School in Union Grove, she graduated in 2006 from University of Wisconsin–Whitewater where she double majored in Broadcast Journalism and Physical Education. In 2006, she was hired by Madison's CW television to become their "face of the station".

Other Resources About Emmy Fink

What Schools Are Affiliated With Emmy Fink?

Emmy Fink is affiliated with the following schools: