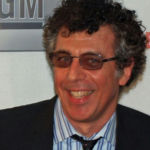 Why Is Eric Bogosian Influential?

According to Wikipedia, Eric Bogosian is an American actor, playwright, monologuist, novelist, and historian. Descended from Armenian American immigrants, he grew up in Watertown and Woburn, Massachusetts, and attended University of Chicago and Oberlin College. His numerous plays include subUrbia and the Pulitzer-nominated Talk Radio , both of which were adapted to film by Richard Linklater and Oliver Stone, respectively. He also starred as Arno in the Safdie brothers' critically acclaimed film Uncut Gems .

Other Resources About Eric Bogosian

What Schools Are Affiliated With Eric Bogosian?

Eric Bogosian is affiliated with the following schools: