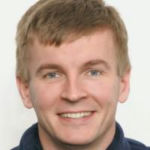 Why Is Eric Namesnik Influential?

According to Wikipedia, Eric John Namesnik , nicknamed "Snik," was an American competition swimmer and Olympic medalist. Namesnik was born and raised in the town of Butler, Pennsylvania, and swam for the Butler YMCA Swim team while he was growing up. After high school, he attended the University of Michigan, and swam for coach Jon Urbanchek's Michigan Wolverines swimming and diving team from 1989 to 1993. He later spent seven years as an assistant with the men's team there under Urbanchek. He then was a volunteer assistant coach at Eastern Michigan University for two years before his death and was a coach for Wolverine Aquatics in Ann Arbor, Michigan.

Other Resources About Eric Namesnik

What Schools Are Affiliated With Eric Namesnik?

Eric Namesnik is affiliated with the following schools: