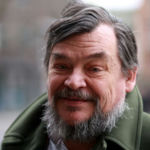 Why Is Erik S. Reinert Influential?

According to Wikipedia, Erik Steenfeldt Reinert is a Norwegian economist, with development economics, economic history and history of economic policy as his specialties. Biography Reinert was born in Oslo, attended the University of St. Gallen in Switzerland , Harvard University , and Cornell University . Already during his studies, he spent time in Latin America, working with a community development project in the Peruvian Andes, as well as in private industry. In 1972 he founded and later developed a small industrial firm, Matherson-Selig, in Bergamo, Italy. Adding production plants also in Norway and Finland, the company had become the largest of its kind in Europe when Reinert sold it in 1991. Reinert then worked for the STEP group in Oslo and later became Director of Research of the Norsk Investorforum, a think tank set up by large Norwegian corporations . He also held a part-time position at The Centre for Development and the Environment , a research institution established by the University of Oslo. In 2000, he became the Executive Chairman of The Other Canon Foundation, a small center and network for heterodox economics research. Since 2004, he is Professor of Technology Governance and Development Strategies at the Tallinn University of Technology in Tallinn, Estonia, and since June 2020 he is Honorary Professor at the Institute for Innovation and Public Purpose at University College London. He lectures in five languages.

Other Resources About Erik S. Reinert

What Schools Are Affiliated With Erik S. Reinert?

Erik S. Reinert is affiliated with the following schools: