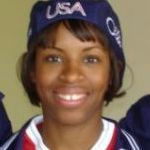 Why Is Erinn Smart Influential?

According to Wikipedia, Erinn Smart is an American fencer who was a member of the United States Fencing Team at the 2008 Summer Olympics in Beijing, where she competed in the women's individual and team foil events. Smart is 5 feet, 7 inches tall, weighs 125 pounds, and is coached by Buckie Leach. Smart's brother Keeth is also a nationally ranked competitive fencer who also started fencing with the Peter Westbrook Foundation.

Other Resources About Erinn Smart

What Schools Are Affiliated With Erinn Smart?

Erinn Smart is affiliated with the following schools: