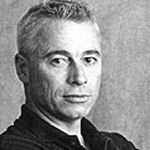 Why Is Ernest Emerson Influential?

According to Wikipedia, Ernest R. Emerson is an American custom knifemaker, martial artist, and edged-weapons expert. Originally an engineer and machinist in the aerospace industry, Emerson became a knifemaker by producing knives for a martial arts class and making art knives early in his knifemaking career. In the 1980s he became better known for his combat knives and popularizing a style of knife known as the Tactical-folder.

Other Resources About Ernest Emerson

What Schools Are Affiliated With Ernest Emerson?

Ernest Emerson is affiliated with the following schools: