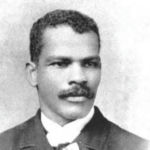 Why Is Ernest A. Lyon Influential?

According to Wikipedia, Ernest A. Lyon was an African-American minister, educator and diplomat. Early life and education Lyon was born on October 22, 1860, in on the coast of Belize, British Honduras to Emmanuel Lyon and Ann F. Bending. As a child, Lyon attended an English school in Belize. His father died when he was young. Lyon "became a Christian by experience October 24, 1875."

Other Resources About Ernest A. Lyon

What Schools Are Affiliated With Ernest A. Lyon?

Ernest A. Lyon is affiliated with the following schools: