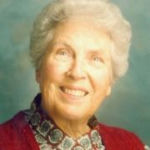 Why Is Ethel Wilson Gammon Influential?

According to Wikipedia, Ethel "Billie" Wilson Gammon was an American educator and living history museum founder and director. In 1974 she founded the Washburn-Norlands Living History Center on the former estate of Israel Washburn in Livermore, Maine, and served as its volunteer executive director until 1991. Her educational and outreach programs brought 40,000 visitors to the site annually by the end of the twentieth century. She was inducted into the Maine Women's Hall of Fame in 1997.

Other Resources About Ethel Wilson Gammon

What Schools Are Affiliated With Ethel Wilson Gammon?

Ethel Wilson Gammon is affiliated with the following schools: