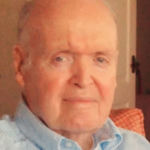 Why Is Eugene Kennedy Influential?

According to Wikipedia, Eugene Cullen Kennedy was a psychologist, award-winning writer, public intellectual, syndicated columnist, and professor emeritus of Loyola University Chicago. A laicized Catholic priest and a long-time observer of the Catholic Church, the work of Eugene Cullen Kennedy spans many genres. He has published over 50 books that include 2 biographies, 3 novels, a play, as well as books on psychology, on the Roman Catholic Church and the relationship between psychology and religion. In the early 1970s, inspired by Vatican II, he emerged as a powerful voice for reform and modernization of the Roman Catholic Church.

Other Resources About Eugene Kennedy

What Schools Are Affiliated With Eugene Kennedy?

Eugene Kennedy is affiliated with the following schools: