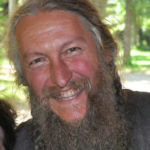 Why Is Eustace Conway Influential?

According to Wikipedia, Eustace Robinson Conway IV is an American naturalist and the subject of the book The Last American Man by Elizabeth Gilbert. He has also been the subject of Adventures in the Simple Life by Sarah Vowell on the weekly radio show This American Life with Ira Glass. He is the owner of the Turtle Island Preserve in Boone, North Carolina. He is one of the featured personalities on the History channel show Mountain Men.

Other Resources About Eustace Conway

What Schools Are Affiliated With Eustace Conway?

Eustace Conway is affiliated with the following schools: