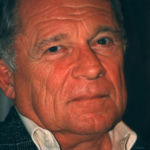 Why Is F. Lee Bailey Influential?

According to Wikipedia, Francis Lee Bailey Jr. was an American criminal defense attorney. Bailey's name first came to nationwide attention for his involvement in the second murder trial of Sam Sheppard, a surgeon accused of murdering his wife. He later served as the attorney in a number of other high-profile cases, such as Albert DeSalvo, a suspect in the "Boston Strangler" murders, heiress Patty Hearst's trial for bank robberies committed during her involvement with the Symbionese Liberation Army, and US Army Captain Ernest Medina for the My Lai Massacre. He was a member of the "dream team" in the trial of former football player O. J. Simpson, who was accused of murdering Nicole Brown Simpson and Ron Goldman.

Other Resources About F. Lee Bailey

What Schools Are Affiliated With F. Lee Bailey?

F. Lee Bailey is affiliated with the following schools: