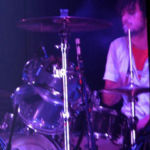 Why Is Fabrizio Moretti Influential?

According to Wikipedia, Fabrizio Moretti is a Brazilian-American musician and visual artist best known as the drummer for American rock band The Strokes, with whom he has released six studio albums since 2001. A collaborative artist, he has been part of a series of groups since the mid-2000s, most notably the Brazilian-American band Little Joy, which released one album in 2008, and the experimental pop collective Machinegum, which he has led since 2018. Throughout his career, Moretti has worked on a variety of art projects which span the mediums of drawing, sculpture, and installation and performance art.

Other Resources About Fabrizio Moretti

What Schools Are Affiliated With Fabrizio Moretti?

Fabrizio Moretti is affiliated with the following schools: