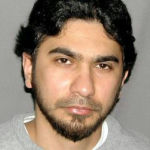 Why Is Faisal Shahzad Influential?

According to Wikipedia, Faisal Shahzad is a Pakistani-American citizen who was arrested for the attempted May 1, 2010, Times Square car bombing. On , 2010, in Federal District Court in Manhattan, he confessed to 10 counts arising from the bombing attempt. Throughout his court appearance, Shahzad was unrepentant. The United States Attorney indicated there was no plea deal, so Shahzad faced the maximum sentence, a mandatory life term.

Other Resources About Faisal Shahzad

What Schools Are Affiliated With Faisal Shahzad?

Faisal Shahzad is affiliated with the following schools: