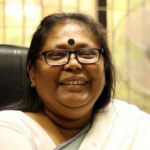 Why Is Farzana Islam Influential?

According to Wikipedia, Farzana Islam is a Bangladeshi academic. She is the current vice-chancellor of Jahangirnagar University. In 2014, she became the first female vice-chancellor of a public university in Bangladesh.Education and career Islam completed her master's degree in sociology from the University of Dhaka in 1980. She then joined Chittagong University as a lecturer of the Department of Sociology in 1982. In 1986, she joined the Department of Anthropology of Jahangirnagar University. She earned her Ph.D. degree from the University of Sussex in 2001.

Other Resources About Farzana Islam

What Schools Are Affiliated With Farzana Islam?

Farzana Islam is affiliated with the following schools: