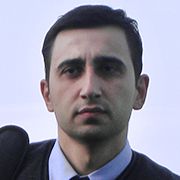 Fatih TAKMAKLI is a Turkish author of photography category. He was president of the Turkish Intercultural Club while studying in the Loyola University Chicago in America and taught Turkish culture to Americans. The Club granted an award named Damen Award, a special award on behalf of University founder Arnold Damen. During his studies in the US, he also wrote a poetry book named The Love of the Rose in 2007. He also wrote and published a collection of book series named World Ship Collection starting by Modern Cruise Ships from 1931 to 2008 . The second book of his World Ship Collection is Ferries of the World. The following third and fourth books are Modern Turkish Ships and Tall Ships: The Ladies of the Seas.