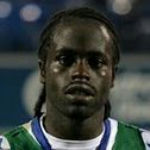 Why Is Félix Brillant Influential?

According to Wikipedia, Félix Brillant is a Canadian former soccer player. Career Youth and Amateur Brillant began his career in the youth system of French team AS Cannes, but never appeared for the senior side. He returned to North America in 2002, and played college soccer for at Franklin Pierce College in the NCAA Division II, where he was named All-New England Region four times.

Other Resources About Félix Brillant

What Schools Are Affiliated With Félix Brillant?

Félix Brillant is affiliated with the following schools: