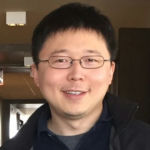 Why Is Feng Zhang Influential?

Areas of Specialization: Neuroscience, Bioengineering
Feng Zhang is a core member of the Broad Institute of MIT and Harvard University, the James and Patricia Poitras Professor in Neuroscience for the McGovern Institute for Brain Research and for Brain and Cognitive Sciences and Biological Engineering at the Massachusetts Institute of Technology. After immigrating to the US from China with his mother at the age of 11, he attended school in Iowa. He earned his BA in Chemistry and Physics from Harvard University and his PhD in chemical and biological engineering from Stanford University.

Best known for his work in optogenetics, is a fellow of the American Academy of Arts and Sciences and the National Academy of Sciences. His lab uses synthetic biology to develop tools and methods for epigenomic and genomic engineering, for use in neurobiological study. They have developed a new protocol for nucleic acid detection, SHERLOCK, which is based on CRISPR. His work has yielded important innovations in the use of CRISPR technologies.

Zhang has received numerous prestigious awards, including the NIH Director’s Pioneer Award, the Alan T. Waterman Award, the Gairdner Foundation International Award, and the Tsuneko & Reiji Okazaki Award. In 2017, he was named to the Forbes 30 Under 30 list.

According to Wikipedia, Feng Zhang is a Chinese-American biochemist. Zhang currently holds the James and Patricia Poitras Professorship in Neuroscience at the McGovern Institute for Brain Research and in the departments of Brain and Cognitive Sciences and Biological Engineering at the Massachusetts Institute of Technology. He also has appointments with the Broad Institute of MIT and Harvard . He is most well known for his central role in the development of optogenetics and CRISPR technologies.

Other Resources About Feng Zhang

What Schools Are Affiliated With Feng Zhang?

Feng Zhang is affiliated with the following schools: