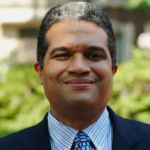 Why Is Feniosky Peña-Mora Influential?

Feniosky Pena-Mora is the Edwin Howard Armstrong Professor of Civil Engineering and Engineering Mechanics at Columbia University, an engineer and educator. Born in the Dominican Republic, he earned a B.S. from the Universidad Nacional Pedro Henriquez Urena and an M.S. and Sc.D. from the Massachusetts Institute of Technology.

Pena-Mora has served as the Associate Provost for the University of Illinois at Urbana-Champaign and as the dean of Columbia University’s School of Engineering and Applied Science. While dean, he doubled the number of endowed chairs for the department, and rebuilt the school’s online graduate engineering program, resulting in a top-tier ranking on the U.S. News and World Report.

After his tenure as dean at Columbia, he was appointed as Commissioner of the New York City Department of Design and Construction, serving under Mayor Bill de Blasio. In his time in public service, he worked on rehabilitation efforts in the city after Superstorm Sandy, the revitalization of the High Bridge between upper Manhattan and the Bronx, the conversion of Times Square into a pedestrian plaza, and the construction of the new Police Academy.

In spite of his great successes and high-profile work, Pena-Mora has faced his share of controversy, and some have suggested that the criticisms he has received have been at least partially motivated by race.

According to Wikipedia, Feniosky Peña-Mora is a Dominican-born engineer, educator, and former commissioner of the New York City Department of Design and Construction. He also served as the 14th Dean of Columbia University's Fu Foundation School of Engineering and Applied Science and as the Associate Provost of the University of Illinois at Urbana–Champaign.

Other Resources About Feniosky Peña-Mora

What Schools Are Affiliated With Feniosky Peña-Mora?

Feniosky Peña-Mora is affiliated with the following schools: