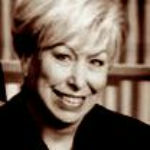 Why Is Florence-Marie Cooper Influential?

According to Wikipedia, Florence-Marie Cooper was a United States district judge of the United States District Court for the Central District of California. Early life and education Cooper was born in Vancouver, British Columbia, Canada and moved to San Francisco, California with her family in 1952. Cooper graduated from high school in 1958 and began working as a legal secretary. She attended night classes at City College of San Francisco for five years, but did not graduate from the school. In 1971, her husband's job was transferred to Los Angeles, and Cooper began attending Beverly Law School under a program for students who had not graduated from college. During that time, Beverly Law School merged into Whittier College School of Law, from which Cooper received her Juris Doctor in 1975 as the top student in her class.

Other Resources About Florence-Marie Cooper

What Schools Are Affiliated With Florence-Marie Cooper?

Florence-Marie Cooper is affiliated with the following schools: